What is 5G Technology?

5G Technology is assumed to provide a different frequency band and the full spectral bandwidth per frequency channel. The forerunners (generations) mobile technologies have evidenced a substantial enhancement in peak bitrate. Then — how is 5G distinct from the previous one (especially 4G)?

The answer is — it is not just the rise in bitrate made 5G distinct from the 4G, but preferably 5G is also advanced in terms of

As researchers say, with the full spectrum of bandwidth radio channels, it can boost the speed up to 10 Gbps, and the 5G WiFi technology will allow contiguous and uniform coverage and better antenna quality− “full-range mobility in real sense”. 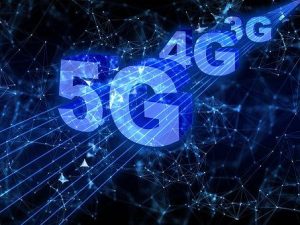 5G is the 5th generation mobile interface. It is a unique global wireless standard after 1G, 2G, 3G, and 4G channels. 5G allows a new kind of system intended to connect virtually everyone and everything, including robots, objects, and devices.

5th Generation Network or only 5G is the forthcoming change of mobile technology. The features and its usability are essential beyond the expectation of a typical human being. With its ultra-high-speed, it is possible enough to change the meaning of cell phone usability.

With a wide array of innovative characteristics, now your smartphone would bear more resemblance to the laptop. You can adopt broadband internet contact; other important functions that fascinate people are more other gaming options, more comprehensive multimedia benefits, connectivity throughout, zero latency, faster acknowledgment time, and high-quality sound and HD video can be transported on another cell phone without compromising with the variety of audio and video.

High Speed, High Capacity: Since LTE has been extensively used worldwide already and LTE-Advanced is being revealed in various nations or regions as well, a certain level of requirements for high speeds and high capacity communications generated by growing communication traffic as the result of an increasing number of smartphones with enriched applications would be satisfied for the time being.

For these use cases, it is prophesied that the communication traffic will be beyond 1000s times more crucial in the 2020s than in the 2010s, and 5G systems should expand its capacity to support this demand accordingly.

Besides, the ultra-high-speed transmission of up to 10Gps will be required to allow users to make passage to ultra-high capacity contents.

Massively connected devices: Communication amongst people or communications between people and their targeting objects to utilize a kind of service content on servers have been central scenarios established through communication systems. However, as has been described by the emerging Internet of things or machines to machine communications, an extensive number of objects will start to communicate with each other sooner or later.

The number of communication modules stabilizing communications between gas and electric meters is gradually expanding. In parallel to that, requirements for sensors expected to be utilized in cultivation, agriculture, livestock industries, or construction industry are being developed.

In the next decade, further invasion of these sensors will advance, and a kind of thing will be connected by a variety of communication modules, which will give better user benefits, higher security at low cost.

Ultra-low latency and ultra-high reliability: LTE or LTE Advanced has accomplished short transmission latency in 10 milliseconds. It is said that an extra drastic reduction of the lag would be required for specific use cases, for instance, tactile communications.

In unusual use cases, both low latency and highly reliable communications will be needed. Examples for these use cases will be seen in the case of the connection between cards to avoid collisions or remote administration of robots. Consequently, end-to-end latency of several milliseconds or less than one millisecond for the radio access part will be needed. For communication security, a success rate of 99.999 percent could be the target.

Energy Saving, Cost Saving: Energy-saving would improve outcomes in cost-saving as well. Cost-saving has been an urgent requirement and historically set as a qualitative target in each previous generation of mobile communications operations and will also be required for 5G. Considering the contrast between remarkable ongoing progress in communication traffic and saturating business income of telecommunication firms, more cost-saving is regarded as the first factor of 5G deployments.

At the moment, definitions, terms, nor metrics for energy-saving and cost-saving have not yet been achieved.

Even so, those are supposed to be fundamental demands for 5G. 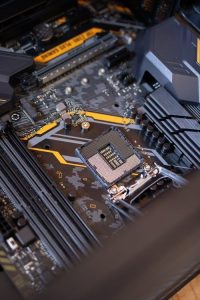 Similar to different cellular networks, 5G networks utilize a system of cell sites that give their region into sectors and convey encoded data through radio waves. Every cell site must be united to a network backbone, whether in a wired or wireless backhaul link.

5G networks use a variety of encoding known as OFDM, which is related to the encoding that 4G LTE uses. The air interface is created for much lower latency and higher flexibility than LTE, however.

With the similar airwaves as 4G, the 5G radio system can get about 30 per cent greater speeds thanks to more progressive encoding. The gigabit speeds you hear about are because 5G is created to use much larger channels than 4G. While most 4G carriers are 20MHz, bonded collectively up to 140MHz at a time, 5G channels can be up to 100MHz, with Verizon utilizing as much as 800MHz a time. That’s a much broader highway, but it also needs more significant, bright blocks of airwaves than were open for 4G.

That’s where the essential, short-distance millimetre-wave frequencies come in. While cheaper rates are controlled by 4G, by TV stations, by satellite firms, or by the military, there had been a considerable number of virtually unused higher frequencies accessible in the US, so carriers could easily construct wide roads for high rates.

5G networks need to be much quicker than earlier systems, as they’re balancing many more, shorter cells that can increase size and shape. However also with existing macro cells, Qualcomm says 5G will be capable of boosting capacity by four times over prevailing systems by leveraging wider bandwidths and advanced aerial technologies.

The goal is to have far greater speeds available, and the far higher limit per sector, at far cheaper latency than 4G.