What is user interface ?

The space between the interaction of a user and the computer is known as User Interface (UI) in the field of human-computer-interaction. In other words, it is simply how a user controls the hardware device or the software application of any computer using a pointing device or a keyboard.

As most software programs are embedded with a GUI, this leads to a user selecting options via keyboard or mouse. The goal for the software developers is to create as user friendly GUI as possible, because a great software with complex GUI is nothing but a failure in the long term. The GUI shall be built in a way which shouldn’t require the user to have any prior knowledge and shouldn’t be something out of the box. The developers shall keep the standards and principles of user interface in mind to achieve better engagement of the users. 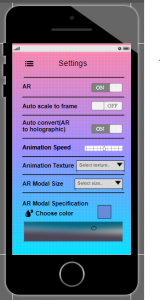 Why is creating a good User Interface is important?


User interface is all about enhancing the user engagement with the front end of the application, about getting the most of creating looks which not only compliments the eyes but follows all the rules of UI design.

A good UI makes it easier for the developers to make the target audience clearly understand the basic functionality and purpose of the application. If the site possesses an A grade UI, it will make sure the user stays focused and attentive on your application and isn’t forced to leave due to the lack of user-friendliness. Simply, an interactive UI design is the main thing that will transform the user to a potential buyer. The UI shall be designed according to the user preferences, which follows on not only making the interface aesthetic but also increased responsiveness.


1. Command line interfaces, or cmd are the first kind where the data processing is the fastest and is done using commands. Only the most professional technology geeks can use these. It’s designed for expert users and is not recommended for novice users.

2. Menus are a list of available options readily accessible from just a click. The options here are mostly hierarchically grouped and are easy to understand.

3. Query interfaces are used mostly in databases where certain information is to be fetched from the data via suitable queries.

4. Forms are the digital format for data entry and retrieval. These are the most sensitive and can easily wrong guide the users so it shall be made with utmost care and obvious design.

5. WIMP (windows, icons, menus, pointers) are a collection of the basic components of a UU design which need extra detailing as if they’re made with extra caution, it can act as cherry on top. 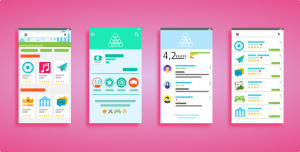 Essential components of a User Interface :


1. Input controls: These are the elements of a screen which enable the users to give input to the form. These can be such as textboxes, checkboxes, buttons and toggles and etc. An effective combination of these input controls must be used for effective user engagement.

2. Efficient Navigation components are a MUST. They ensure clear understanding of the path and provide a getaway in the cases where the user feels stuck. These can be components such as breadcrumbs, sliders, icons and search fields.

3. Information components such as tooltips on icons, toolbars, notifications, progress bars and message boxes enable users to have a clear understanding of what they’re doing.

Amongst these are many other components which are necessary in creating an interactive design.


1. The close button shall be at the top right corner as the users are familiar with closing any application by pressing at that button at that position. If that position is altered, it will take the user a wholesome time to close that application, thus leading to frustration.

2. The theme of the software application shall be soft and smooth, and shouldn’t be something bashing in the eyes as soon as the App is opened. Smooth transitions with easy to read text shall be displayed on the screen to maximize readability.

3. Too much information shall be skipped on one single page that may lead to confusion or anxiety, any data displayed on the screen shall be minimal. The user shall not be bombarded with options on a single screen.

4. Backtracking shall be possible on each screen. The element of getting stuck shall not be possible as the user will have that trust of returning to the previous no matter where he clicks. The application shall permit easy reversal of actions.

5. In the error messages, the user shall not be blamed of a mistake or wrong click rather shall be a request of selecting something else rather than the one which leads to error messages.

6. Proper heading shall be made for different tabs so that it can be clearer to understand which will save the user’s time and keep him attentive throughout.

7. Strive for consistency. The overall layout and the placement of main buttons shall be consistent throughout the application. For example the position, type and transition type of “Cancel” button shall be placed at the exact same spot for fast execution of user actions.

8. The UI designers shouldn’t adhere to too much info so that the user has to learn actions in order to navigate through the app, which will make the interaction a hard mess. Short term memory load of users shall not be tested via the applications.

9. Extensive use of shortcuts shall be made so that the actions can be quicker and easier. The standard shortcuts such as ctrl + c for copying text shall be enabled by the developers along with other popular keyboard shortcuts.

10. Although a good interface does not come with documentation but for the sake of sense of security, the users shall be provided with proper help and documentation which will help in case of getting stuck.


The way the elements are arranged and the physical characteristics of interactions is known as ergonomics. Ergonomics help the HCI engineers in developing UI designs which follow complete guidelines and principles. Its examples can be how the displaying screens and controls are adjusted, the surrounding environment, caters all the possible health issues and ensures proper use of color.

The developers who are responsible for designing an efficient User interface are UI/ UX engineers or HCI engineers. These make sure the front end of their software products and websites cater the users of each category and provide ease to each of their target users; and ensure a sense of security and trust to their users. This enables a user to become a long term user and engage others as well.