What is a supercomputer?

Supercomputer is generally applicable at the fastest high-performance computers accessible at a given particular time. These supercomputers are usually used for research and engineering projects that involve extremely high-speed calculations. Common uses for powerful computers include testing mathematical formulas for complex physical processes or models such as climate conditions, celestial evolution, nuclear arms and missiles, new chemical substances (for medicinal applications in particular), and cryptology. When the expense of high-performance computing reduced in the 1990s, more and more companies started using powerful computers for market analysis and other business strategies. 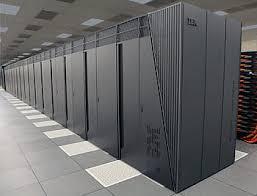 Figure.1 Supercomputer on the right

What is the name of the World’s fastest supercomputer?

The latest fastest computer model in the world is called Fugaku, powered by Fujitsu’s 48-core A64FX SoC. It is located at the RIKEN Computational Science Centre in the city Kobe, which is located in Japan. This defeated the existing success leader, the Summit program of the US Department of Energy — which twice in a row topped the Top 500 list — by a margin of 2.8x, the non-profit Top500 organization revealed on 22 June 2020. The fastest supercomputer in the newly named world is being used to fight the coronavirus. The highest spot was taken by Japan’s Fugaku supercomputer, doing 2.8 times additional calculations per second than a US IBM system. Implemented at the RIKEN Centre for Computational Science in Japan, Fugaku is widely used in applications that tackle scientific and social top priority challenges. Those include drug development, medical technology, weather prediction and climate change, renewable energy production and exploration of the universe’s fundamental rules. The COVID-19 work is now being used on an experimental basis. Fugaku is to start complete service in April 2021. The quest to own the most powerful supercomputer never really finishes. This friendly country-to – country rivalry has launched a processing power boom and it does not look like it will slow down in the near future.

Which type of operating system is used by a supercomputer?

Almost all supercomputers have made use of some UNIX like OS. Such UNIX versions contained IBM’s AIX, the open-source Linux framework, and other Cray implementations like UNICOS. At the bottom end of high performance computing, a new phenomenon called clustering, you can build your own supercomputer from doing this design. If an inventor had the concept of installing Windows on a supercomputer, he probably wouldn’t go back to computer science. Supercomputers are machines designed for unique purposes and which need, and configured for that task, a specialized operating system. The Beowulf Project provides instructions on how to create a variety of personal computer processors off-the-shelf, using Linux operating systems, and interlinking processors with Fast Ethernet. To control the parallel processing, programs must be written. Supercomputers are indeed very high-level devices (more than 100 petaFLOPS) used throughout science and analysis, such as those for quantum mechanics, weather prediction measurements, climate research, molecular dynamics and physical simulation. Most of these activities are carried out in these processes due to the application of Artificial Intelligence and Neural Networks. All that control, however, would be of no use if it wasn’t for the complicated operating systems using this tool. Such high-level teams have employed Unix-based systems for a long period of time. They note, although, that Unix is a closed source, has approved, and it’s very costly to adapt. On another hand, Linux is a free , open-source framework with great customizability.

The speed and storage of a supercomputer.

Memory of a computer retains information as it is being processed by the processor. As you play Fortnite, RAMof your device stores and monitors the direction and speed you are moving in. Between 8 to 16 GB of RAM many users get by perfect. This means that the machine can carry and process a massive amount of information at the same time, allowing for large-scale simulations of complex systems, such as the destructive Tangshan earthquake of 1976. Even a simpler supercomputer, like the Comet of the San Diego Supercomputer Centre, has 247 terabytes of memory — nearly four thousand times that of a very well-equipped laptop. Advanced supercomputers have similar chips, memory , and storage as desktop computers except they have tens of thousands instead of only several processors.

As of June 2020, out of the 500 most powerful supercomputers in the world, 226 were in China, an estimate that doubled that of its closest rival, the US, which contributed for a further 113 powerful computers. Overall, the two nations compose about two-thirds of the most efficient supercomputers in the globe.

The features of supercomputers.

These kinds of computers can solve vast quantities of equations, as well as complex calculations. At the same time , multiple clients are able to control supercomputers. As Getting costlier and no ordinary users can afford these types of devices. Supercomputers are used in specialized applications where large quantity and complex measurements are needed. Supercomputers have tremendous storage space. More companies are using this system as a part – time basis, because in a few periods, supercomputers are capable of performing major tasks. These  Super powerful computers  allow us to carry out simulated experiments for atomic warheads and other risky medical tests, as these kinds of applications are more destructive to the environment if they are carried out on real-time testing. Supercomputers are not used for issues like constantly running web-service hosting, app hosting or basic business computing. You will not be running the website or a spreadsheet on a supercomputer, for instance. For a bunch of things, you will not run these kinds of applications; the first is expense, supercomputers are made up of highly engineered, powerful equipment, and a shelf computer could handle this type of application without breaking a sweat. The other is that running generic software on such highly specialized hardware would not be helpful, again a normal computer would just work fine. The advantage can be seen when the volume of data or calculation complexity is such that commodity hardware is unable to do the job in a reasonable amount of time – (days, weeks , or months). Sometimes these workloads have to be performed in our hours in minutes so the time needed for results is essential.