What is a sonar?

Sound navigation and ranging (SONAR) is a method that uses sound waves to navigate and detect objects. It is usually used in oceans and sea waters to communicate, explore, and for mapping purposes. SONAR comes in very handy for detecting objects, vessels, icebergs, submarines, or any other hazards underwater. It produces a sound wave that is then reflected by the object and received again on the water floor, measuring different parameters of that reflected sound wave the object can be located. Sound waves are used in the SONAR technique because sound travels farther in oceans than light waves, radar, or any other wave. SONAR is considered to be the critical technique in acoustics and hydro acoustics (studies of underwater). 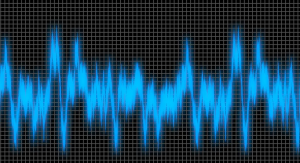 SONAR was developed by Leonardo da Vinci in 1490 by a simple vessel; this technique was later on matured in World War 1 to tackle the submarines, as submarines were the war-winning symbol at that time and had no counter technique. SONAR was not only useful for submarine tracking, but the rescue parties also used it to locate the shipwrecks or map the sea.

Nature-inspired the idea of SONAR. Dolphins and Whales under the Sea catch their prey using the same technique. They make a unique kind of sound known as clicks; when this sound hits an object and reflects back to them, they can track their location and identify them. Similarly, when SONAR sends off the sound waves, and these waves are reflected to the source, an estimate of distance, speed, and direction of the object is produced by measuring the sound wave’s time to reach the receiver.

To measure the distance from the source, the total time taken from transmission to reception is measured, as the speed of sound is known, comparing both could get us the exact distance. To measure bearing, many sophisticated tools and apparatus are used. These tools could capture very minute and delicate details like modern hydrophones.

For energy calculation, the received sound is processed through numerous signal processors; for modern SONARs, all the process is done by software and computer tools. The speed of an object is measured by SONAR using Doppler’s Effect. Doppler’s Effect measures the change in wavelength and wave frequency while the wave source and its observer are in relative motion. 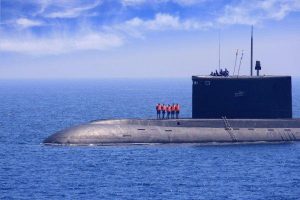 SONARs are of two types, Active and Passive. They are used according to their utility.

Active SONAR comprises a sound projector (Transmitter) and a receiver. Active Sonar projects a sound and waits for the reflection of it. This projected sound is produced by electro transducers and amplifiers. The reflected sound is then again received by the transducer. Tonpilz transducers are majorly used for Active Transducers; sometimes, their design is altered to achieve optimum performance widening bandwidth. It is not necessary to always use the sound from transducers. Occasionally, sound from external means is preferred, like chemical explosions or sound from shotguns or airguns. Transducers can determine the distance, direction, orientation, and range of an object.

Passive SONARS are only capable of detecting noise. They are also referred to as listening SONARs. They only receive signals from boats, ships, submarines, dolphins, or whales. They are unable to transmit their own pulses. Passive SONARs are usually used for Military and Navy Missions as they don’t want to be noticed but would like to know who else is present in their oceans. Passive Radars are used with coordination of other passive SONARs and passive devices to calculate different parameters like range, direction, etc

SONAR may use two types of sound waves depending upon their use, InfraSonics and UltraSonics. The term infrasonic and ultrasonic is used for sound waves alone rather than electromagnetic or any other kind of wave, and both differ based on their frequency. Both Ultra and Infra Sonics and inaudible to human hearing. Infrasonic are below the human hearing limit and have a frequency of less than 20Hz. Infrasonic includes the eruption of volcanoes and Earthquakes. Ultrasonic is above the human hearing limit, and they have a frequency of 20k Hz.

However, Infrasonic is not preferred in the Sonar technique, especially in active SONAR, because infrasonic are not able to move in the water. Also, their wavelengths are very long, due to which they can’t capture too much energy in their SOFAR channels. But both are very useful as infrasonic can travel more distance, and ultrasonic provide more resolution.

SONARs have great use in modern warfare, especially for the navy, preventing them from revealing the location to locate submarines as radar is not efficient in deep waters. SONAR is the only thing that could help you in the Oceans. A special kind of SONAR is used by ships to overcome the problem of flow noise; they are known as towed SONAR. Torpedoes are also equipped with active and passive SONARs to guide them directly and accurately to the target.

SONARs are also used to locate or hide the explosive mines. SONARs are even used for underwater communication. The use of sonar is not only limited to the navy; helicopters and aircraft are also equipped with a special kind of sonar which can identify submarines from the air. SONARs are the only thing over which authorities depend for the surveillance and security of their seas and oceans.
One of the important industries that is growing in demand and has excellent use of SONAR is fishing. Sound waves travel differently than water because the bladder of fish is filled with air and has high density compared to seawater.
The process used to measure the depth of water beneath boats and ships is echo sounding; it is a type of active sonar. It is the traveling of a sound wave directly to the sea bed.