What are Smart Car? 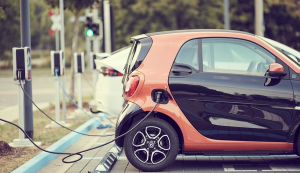 Car manufacturers are considering shifting their products from engines to electric driven. Concept cars are being developed which are purely autonomous and provide a sense of luxury. The first and foremost thing which makes any car smarter is its safety standards. Then comes the convenience which the consumer looks into very deeply while buying any car.

Manufacturers have been working enthusiastically to enhance safety since 1960. Seat belts were the first thing introduced to make driving experience safer but with the passage of time we have more added safety in our cars. Addition to the seat belts today we have supplementary restraint systems (SRS) commonly known as Airbags which keeps both driver and passengers safe in case of an accident. Anti-lock braking system (ABS) is now common in every vehicle; more efficient brakes are being tested and deployed. One of them is autonomous braking which stops the car automatically in case the driver gets distracted from the road or under any other unusual circumstance.  Traction Control is another feature which adds to safety and prevents the car to slip away over snow or any other slippery surface.

Consumers want to make their driving experience more entertaining and effortless for which they oversee manufacturers to include exciting features. GPS Navigation is becoming one of the standard features nowadays which provides real time location of cars and helps to navigate through places easily. Cassette / CD player units are becoming obsolete from the vehicles which have been replaced by android units. They are appealing, touch controlled and add many exciting applications to the car available on android. Many features are quite normal to see today which were once considered as impossible like keyless entry, memory seats, auto adjustable headlights, heated and cooled seats, push start buttons, reverse gear cameras and the list goes on.

Smart Cars are further classified into Semi-Autonomous, Fully Autonomous cars, and Electric Cars. Let us quickly look into the details of these.

Manufacturers are now including features which make their cars semi-autonomous. Top of the list we have cruise control. Cruise control is a system which automatically controls the speed of the car and sets the car to a specific speed. This comes in handy while driving on highways where you don’t want to keep your foot constant over the throttle. Cruise control automatically goes off when the driver depresses the brake or clutch pedal (clutch switch only exists for manual transmission).

Another cool feature for semi-autonomous cars is lane assist. Many accidents occur due to drifting away from lanes mistakenly majorly on highways. Car position is constantly being monitored by lane assist and when leaving your lane, it detects whether the driver is doing this on purpose or is it unintentionally. If the system detects this action as unintentional it alerts the driver by lane warning or the car steer back to its lane itself.

Another system which cannot be ignored while discussing semi-autonomous cars is Auto Parking. When the auto park system goes on, the car maneuvers automatically and fits itself into a parking spot. Auto parking is able to perform angle parking, perpendicular parking and parallel parking. This system aims to relax the owner of pressure in a tight parking spot as it requires a lot of attention, maneuver and steering. Auto car parking ensures collision free motion and it is done by coordination of steering control and speed in actual environment and time.

Autonomous cars are also referred to as the auto driven cars. More than 25 companies are experimenting over autonomous cars and few have succeeded. These kinds of cars are not available in the market yet but their prototypes do exist. In 2016, Uber launched a program to test trail the taxis which were driven without a driver. Many states in the US have started to work on law for autonomous vehicles. Nevada was the first one to legalize auto driven cars. Autonomous Cars run over Artificial Intelligence, they combine various sensors and systems to perceive the surrounding environment and interpret these to navigate their path, read out road signs and avoid obstacles. Few of the sensors that include are GPS, radar, odometer, sonar, inertial measurement units, LIDAR, lasers and cameras.

To make the roads safer for autonomous cars, a communication field is generated through which they communicate with cars in the vicinity, traffic signals and the road itself to avoid collisions. This would be lifesaving, fewer accidents, less traffic jams and hectic free for the owners. This communication is known as V2V communication (vehicle to vehicle) and currently FORD is using all its resources in it. For the passengers this would be similar to a video game; all the information would be displayed over the dashboard display screen they have to only command where to go and which route to take.

Electric Vehicles are also considered as a key advancement in the Automobile Industry. Conventional Fuel Combustion Engines is a threat to both the Environment and the fuel reserves of nature. Technology is playing a conscious role to preserve nature. Electric Cars run over batteries, electric motors, traction motors and prevent emissions. Electric vehicles are being much appreciated by technological experts as they see manufacturers and consumers both have shifted focus to renewable energy. Many companies are now developing fully electric vehicles which include Audi, BMW, Porsche etc. but Tesla is considered to be the pioneer of modern Electric Vehicles.

These vehicles have all the existing features of a normal car but these cars are much safer than the normal cars. Electric Vehicles use Lithium-ion batteries that can last for more than 300 miles when fully charged. These batteries are considered eco-friendly and have quite long lifespan which makes them even more desirable.