What are Self driving Cars?

A Self-driving Car, also known as an autonomous vehicle (AV), is a vehicle that can perceive the surrounding environment and navigate with little or no human intervention. Self-driving cars combine many heterogeneous sensors, actuators, high-end processors, complex algorithms for perception, localization, planning and control. To perceive the surrounding environment, they include many sensors such as lidar, GPS, and many more. Information from these sensors is interpreted by advanced control systems to identify navigation paths, detect any obstacles and identify relevant signages. In simple words, a self-driving car is a computer-controlled car that drives itself. 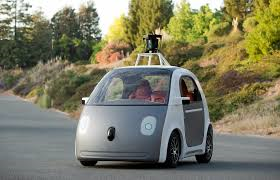 Classifications of self driving cars:

An automotive standardization body has classified self-driving cars into a six-level classification system ranging from fully manual to fully automated.

Architecture of self driving cars:

The architecture of self-driving cars is typically organized into the perception system and the decision-making system with many sub-systems among them. The perception system is responsible for tasks such as localization, obstacle and road mapping, among others. The decision-making system is responsible for tasks like route planning, path planning, motion planning, obstacle avoidance and control.

This technology is mainly used for personalized mobility, public transport system and goods carrying trucks. Many automobile manufacturers around the world are developing and testing autonomous vehicles. Some companies have already launched their semi-autonomous and self-driving cars. A few prominent self-driving cars are listed below.