What is a radar?

RADAR is a short form for Radio Detection And Ranging systems. This system was invented before WWII, and it has been continuously evolving ever since. The earliest variants of radio can be traced back to 1904, which were designed by the Germans. These variants include Telemobiloskop, which was invented by Christian Hülsmeyer for ship navigation in bad visibility conditions.

The radio system uses electromagnetic waves to detect the position and distance of an object from a fixed point. The radio radiates energy into the surrounding and monitors its echo. This is the core phenomenon behind the working of the RADAR system. 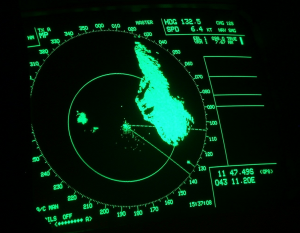 RADAR systems are further classified into two types depending upon the type of signal that they use for the operation. These types are as follows

As the name suggests, these types of RADAR operate on pulse signals. These pulse signals are used to detect both stationary and moving targets. Pulse RADAR are further classified into two types depending upon the type of target that they detect

The Basic Pulse radio system is used to detect stationary targets using the pulse signal. This radio uses a single antenna to send and receive signals with the help of the Duplexer. A Duplexer is a microwave switch that connects the antenna to both transmitting and receiving sections alternately. When the Duplexer switch connects to the transmitter, the antenna emits pulse modulated signals. Similarly, when the Duplexer shifts connections to Low Noise RF Amplifier, the antenna switches to the receiving mode, and the received signal is fed into the Low Noise RF Amplifier.

In Basic Pulse radio, the antenna is set to transmit a pulse signal at the start of a clock pulse or clock cycle. The duration of these clock cycles is adjusted in such a way that the echo signal of the current clock cycle should be received before the new clock pulse starts.

The MIT radio is used for detecting the moving targets. This RADAR also uses the same single antenna with Diplexer to send and receive signals. In order to detect those targets the radar must have the ability to receive echoed signals from the moving objects. This is not practically possible, so the MIT RADAR uses the principle of Doppler Effect to differentiate between the moving and non-moving objects.

CW radio system uses continuous waves to detect the objects. These kinds of radio use two separate antennas for transmitting and receiving the signals. CW radio systems are further classified into two types depending upon the signal that they use. The sub-categories of CW radio are as follows

The Unmodulated Continuous Wave Radar is also known as simple CW RADAR. This radar has two different antennas, one for sending and one for receiving the signal. Simple CW radio measures the object’s speed, but it cannot measure the object’s exact distance from the radio. The CW RADAR uses Mixers and Side-Band Filters to manipulate the frequencies and find the Doppler Effect in them. The use of the Doppler effect is similar to the one that is discussed in the MIT section.

Frequency Modulated Continuous Wave Radar uses frequency modulated signals to operate. This radio system also uses two separate antennas for transmitting and receiving the signals. FMCM radio has the ability to measure both the speed and the distance of the object from the RADAR. The basic working of FMCM is similar to the CW radio; on top of that, it has some extra blocks in it. This radio system uses the switched frequency counter to calculate the speed, and for the range or distance, it uses an average frequency counter.

The basic working principle of all the radio systems is the same. The radio uses a transmitter to produce an electromagnetic signal that is then propagated into the space using an antenna. When this signal strikes an object, it gets reflected back, and this reflected signal is known to be the echo signal.

When the antenna detects the echo signal, it gets fed into the receiver. The receiver then processes the echoed signal to get useful data out of it. The output from the receiver is then passed to the Threshold decision system. Here, the output is compared with a threshold; if the output is below the threshold, the signal is considered a noise signal.

For finding the range of the object, the system uses time taken by the signal to get reflected. For the target location, an angle is calculated from the direction of the echo signal to the direction where the antenna is pointing. For moving objects, the Doppler Effect is used to calculate the speed and range. 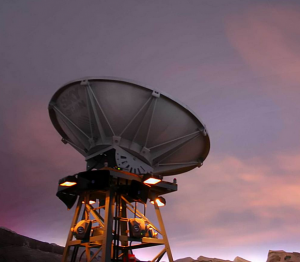 In the modern era, scientists have designed Stealth Systems to hide any object from the RADAR vision. These systems are very effective in military warfare, where you want to hide your ships and bombers from the enemy RADAR. The Stealth System is designed with such a material that they absorb the radio waves emitted by the radio systems.  Even that glass used in these systems is coated with metal, which absorbs the radio waves.

The RADAR system has wide use in many fields. A few of these applications are discussed below: