What is Quantum Computing? 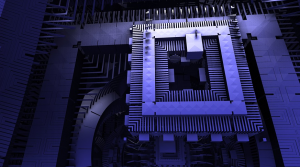 We encounter the benefits of classical computing every day. Though there are limitations to our computers and there exist problems that our computers will never be able to solve. For enigmas above a specified extent and complexity, we don’t have sufficient computational strength on Earth to tackle them.

On the other hand, quantum bits have the property of both 0 and 1 at the same time. There is a probability like 1 is 60%, and 0 is 40%, etc. What this provides us is more memory. There are some ways to create a qubit. we can use superconductivity to create and maintain a quantum state. We need to keep the superconducting qubits cool for a long period of time. Errors are introduced due to heat in the system that is the reason quantum computers operate at cooler temperatures close to zero, colder than even the vacuum of space.

We use majorly three properties of Quantum computing.

Let’s have a look at the above topics in detail.

Suppose we take a coin and spin it, the state of the coin, while spinning is both heads and tails. This phenomenon is superposition. Superposition is the bit’s ability to be in both states 1 and 0 at the same time.

We use the word entangled in our everyday life. Entangled means that things are connected with each other and can be separated. In the quantum world when we entangle things it is really hard to separate them.

For example, you have two fair coins “A” and “B” and you spin them together. If the head appears on “A” theme the “B” will also be the same as “A” head. On the other hand, if tails appear on the “A” coin then “B” will also be tails. These two coins are entangled.

Interference is a phenomenon when two waves combine together to form a bigger or smaller wave. In quantum computers, interference is used to amplify the kind of signals toward the right answers and cancel the type of signals that are leading to the wrong answer. 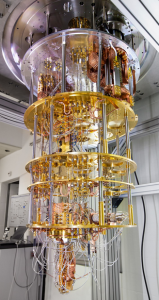 How quantum computing affect our lives?

Artificial intelligence depends on algorithms that use a massive amount of data. It takes weeks to train a classifier using a classical computer. Quantum computers can help solve this problem in just a few hours.

Quantum computers will change the whole cybersecurity world. Quantum computers can be used to create private keys for encrypting messages sent from one place to another. Hackers will never be able to crack the key because of the uncertainty present in quantum computing. Hackers have to break the laws of quantum physics to hack a key.

Quantum technology can also transform health care and medicine. The design and analysis of molecular drug development is a challenging problem today. It is a difficult problem because exactly describing and calculating all of the quantum properties of all the atoms in the molecule is a computationally difficult task even for supper computers. Quantum computers can perform better as it uses the same quantum properties as the molecule it is trying to simulate. With the help of quantum computers, we can treat diseases like Alzheimer’s.

Difficulties in the Implementation of Quantum Computers

What does it take to create a fault-tolerant quantum system?

To enhance the computational ability of a quantum computer, developments are needed along two dimensions.

One is qubit count; the higher the number of qubits you have, the more states can in principle be manipulated and stored. The other is low error rates, which are needed to manipulate qubit states precisely and conduct sequential operations that give answers, not noise.

A helpful metric for understanding quantum capability is quantum volume. It includes the connection between number and quality of qubits, circuit connectivity, and error rates of operations. Developing systems with larger quantum volume will lead to discovering the first instances of applications where quantum computers can offer a computational advantage for solving real problems.