What is power electronics? 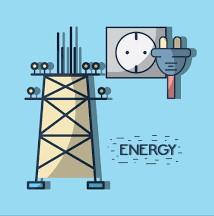 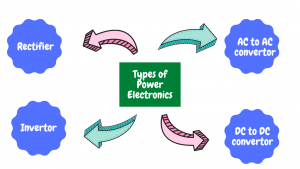 Before the advancement in power electronics (1900’s), the main purpose of the conventional mercury arc rectifiers was to convert Alternating Current (AC) into Direct Current (DC) form. Later with the passage of time, MOSFET ( metal oxide semiconductor field effect transistor) made it possible to enhance execution and intensity of the experiments then the previous applications of power electronics. From bipolar transistor to MOSFET and then IGBT (insulated gate bipolar Transistors), power electronics kept on improving at a gradual pace.


Devices: In the evolution of mankind, many things have been replaced by slighter or even much more perfect models of performance. Likewise, vacuum device’s place was conquered by the much convenient solid state devices. Power electronics are widely used as amplifiers or switches. A typical switch closes and opens the passage of current flow, with no voltage drop. Likely most power electronic are dependant on switching on and off of devices, which makes the power wastage minimal. Amplifiers dissipate a large amount of power as the current changes accordingly to the input provided.
The properties of devices make their usage a choice best for a certain device. Such as diodes which has a single forward application of voltage with no outer disruption on the conduction. Likewise the initiation of conduction process can be controlled by thyristors and silicon controlled rectifiers but oppositely a reverse flow of current turns them off. IGBT and MOSFET do not rely on current flow they can be control to switch on and off. In contrast transistors allows comparable increase (amplification). While dealing with very high voltage, several semiconductor should be used to divide the voltage equally across every device inside the loop.
The design of the device is very much dependent on the characteristic of input.


DC-AC convertor (Invertor): To the normal person in the 21’st century, invertor are a very commonly used terminology regarding air conditioner devices. In the aspect of science, conversion of current is essential for the operations of devices. DC to AC convertor changes the input direct current into Alternating current as the output which is to be used by a device or compatible with it. A Very common application used on a daily basis is UPS (uninterrupted power systems). Certain Power switching devices control the conversion (mainly semiconductor switches), which in turn produces faster variations in the waveform of current rather than a smoother one

AC-AC convertors: This sounds a little peculiar, but there is always a sense in the field of electrical sciences. The conversion of AC into AC enables to direct the voltage, frequency and phase of the device which is being supplied AC. This is basically used to control the device according to the user. In this context of AC to AC convertors there are certain types depending on what task is being completed by the convertor. The convertor which doesn’t control frequency is known as Ac Regulator which is useful in controlling voltage. Ac/Ac convertor which allow frequency to be varied are known as frequency convertors.
Application of AC to AC convertor includes Ac voltage convertor (regulator), cyclo convertor, matrix convertor and DC link.
Ac voltage convertor is used in lightning purposes, temperature control, controlling speed of pump, fans and hoists drives.
Cyclo convertors are used to provide unchanged frequency power supple with variable input frequency.
Matrix convertor have a tendency to replace cyclo convertors in many fields but due to the unavailability of bilateral monolithic switches and other complications, it is not used widely.
Dc link is used in the construction of buildings which can be used in multiple or individual ways.

Certain computing applications are used to simulate the power devices in order to check devices before they are manufactured so that the device can be tested easily. This makes the process efficient and cheaper and prevents the making of a prototype for testing.

Modern day application have a lot of power electronics as their major constituent of their functioning, such as the basic Ac to Dc convertor (rectifier) most commonly used in television, chargers, computers etc.