What is near field communication?

NFC is an abbreviation for Near-Field Communication. As the name suggests, NFC is a communication protocol for devices that are capable of wireless communication. NFC is a step ahead of technology in comparison with RFID (Radio Frequency Identification).

NFC has become common means in mobile payments also it is used in scanning RF ID for contacts exchange. millions of people use today to make mobile payments. as it enables simple and safe two way interaction to make payments. Some robots and other industries use NFC as well to scan RFID in case of robots they are use to determine their current location and then calculate or maneuver their direction based on the current location or position.  Although NFC is widely used in mobile phones. there are 3 types of communication using NFC read/write mode: In this mode the NFC device is capable of reading a NFC tag or writing data on to a tag. peer to peer is a communication data exchange between 2 nfc devices. Card emulation mode in this mode the nfc devices appears like an external card reader. 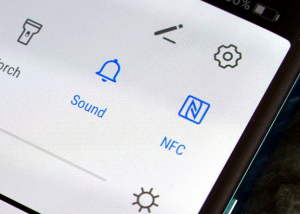 How near field communication works?

The NFC technology comes with NFC tags, much like RFID sensors and RFID tags. These NFC tags can be written over and used how ever the user sees fit. For example, we can write an NFC tag and attach it to the cell phone holder in the car, so whenever the cell phone is put into the holder, NFC enables the tag and will turn on the car navigation system.

The uses and applications of NFC technology are limitless; as stated before, it can be used in vehicles to turn on the navigation feature without having to manually start the navigation. 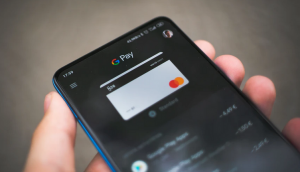 Hence the uses of NFC technology are limitless. It can be used domestically, commercially, and for official use.

Bluetooth VS Near Field Communication technology

Bluetooth is a similar protocol for communication and data transfer; although Bluetooth was the first-ever wireless data sharing protocol, it was established in 1989, i.e., almost three decades ago. It is a relatively simple protocol and has a very close relation with NFC technology.

Just like NFC technology, Bluetooth also has a frequency of operation, which is very high, i.e., 2.4GHz, with an approximate range of 10 meters. The range does not seem impressive, but in comparison with NFC technology, this is a 100% increment.

On the other hand, NFC technology and Bluetooth technology can be used in conjunction with each other. For instance, when two devices are to be connected, NFC technology can be used to connect them very quickly. When the distance between devices is unavoidable, or a better transfer is required, the NFC can shift to Bluetooth technology. Hence, the two technologies can work with each other to provide faster connections with a high data transfer rate.