What is a mapreduce?

mapreduce is a huge technique used to process data in parallel processing and uses commodity clusters to be distributed upon. Basically it’s a data processing technique for following the parallel approach rather than processing data serially which definitely is much faster and saves time.

Data processing which requires a lot of memory consumption needs the machines to be assembled but that is not always possible in the physical world. Even the largest data centers in the early 2000s, despite having huge machine setups, still had the question of how the data would be split across these machines for the data to be computed. To facilitate this, a programming model named MapReduce was initiated. MapReduce is simply a way of giving a structure to the computation that allows it to be easily run on a number of machines. This organizing of data cannot be stressed enough in terms of making the job whole a lot easier. This programming model forces what you’re trying to do into three main stages; mapping, shuffling and reducing.

The most famous application of MapReduce in everyday problems is the way it would help someone to calculate how many times a single word occurred in a document. The beauty of MapReduce framework is that it would still work as efficiently as ever even with a billion documents running on a billion machines.

The three main components of the MapReduce algorithm are as follows:

Advantages of using it over Traditional methods:

There are numerous advantages of MapReduce but the following are the ones which are most prominent.

Cost-effective solution: MapReduce technically saves a lot of start-up costs where a limited amount of memory sources are required to do the processing.

If we have a company which wants to calculate its total sales in any specific region. In the traditional world, such problems would be solved using hash tables where key-> value pairs will be considered, where key is the city name or region/area name and the value along it is the number of sales it has successfully sent out to that area. And suppose the company trying to calculate this has a Huge data set, possibly One TB (terabyte) of data, it will take an ample amount of time from the processing alone, even on the most powerful processors we have today. In fact, other than the processing speed, memory consumption may also be limited and it may run out of it. So considering the amount of data, the company would use MapReduce technique for the above mentioned problem. 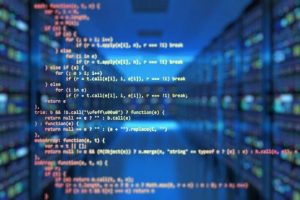 As the whole MapReduce algorithm is designed into two phases; map and reduce. Mapper: The company decides to split the data into chunks rather than giving the whole bunch of it onto one single person. This division of the data is done on the basis of months; so giving us 12 chunks. Here, it can be said that each mapper gets data of each month and all 12 mappers work parallel at the same time with fairly little fractions of data. Each mapper will access the names of areas and the number of sales associated and write it on an index card which is then piled-up according to the same area names which then results in all mappers having separate piles of cards per area. Reducer: Once these piles are created, the reducer will get these piles and we will feed it the area information they’re responsible for. For example we can have 4 reducers and each reducer will get three areas. Now, the reducers have larger piles. Each reducer will now add all the amount of each of the cards in the pile they got, and get total sales per three areas. For better estimation, the data is sorted into alphabetical order. In this way it gets easier for the MapReduce to easily divide the data and process it quickly.