What is a Lithium ion Battery? 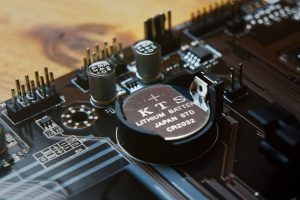 Does your project need battery optimization, power management solutions or battery management software do get in touch with us

How a Lithium ion battery works:

This type of battery has taken over the world. Be it DSLR cameras, car batteries or portable mobile phones, most devices today are embedded with lithium ion batteries. To explain the working of a lithium ion battery, we shall take an example of a lithium ion cell used in a DSLR camera. The cell is made up of various sheets through which the electrons flow when a load is connected with the cell. These electrons start to flow automatically as if they were present on the sheets in an unstable condition, before the load was connected. These unstable electrons are stored in the cell in a container called as graphite, with a higher electrochemical potential. Before these are stored, they must be separated from the atomic structure of an element.

Lithium is an element which has a high tendency to lose an electron from its outer shell which makes it very reactive to nature but lithium atoms such as lithium oxides are very stable. The basic working of a lithium ion cell can be understood by considering an external power source, the positive side of which will attract the electrons. The middleware of an electrolyte is used to make sure the flow is direct and no electron is blocked. In a continuous flow through the external circuit, the electrons reach the positive end and get trapped between the graphite layers. In the same way, the positive side attracts the lithium ions which also results in getting them trapped in between the graphite layers, these get stored with a high electrochemical potential.

As soon as this cell is connected to a load, all the electrons trapped in graphite are released and start to flow through the load and provide electricity for us. Today almost all of the batteries use the same process of electricity disposal.

Why are lithium batteries so popular?

NOTE: To enhance the life of a battery, an electrolyte such as Vinylene carbonate is added. As to why current TESLA batteries last for about 3,000 cycles or seven years. This is in process to enhance it further to 10,000 cycles (25 years of battery life).

Today, almost all of the electronic gadgets, be it handheld or desktop operated are being embedded with lithium ion batteries, but the only difference is the composition of the metal oxides used. This is due to the carrying cost, energy density and life span depends on the type of use and application in which the battery is being used. These stats have cleared how the lithium ion batteries are enhancing their pros and getting better day by day by increasing their life and decreasing their cost. Aqueous lithium ion battery with the addition of helper halogenation increases the mobility of the lithium ion battery and decreases the flammability of the battery. Furthermore, these batteries need to be more cost, life and energy efficient in order to be the safest go-to batteries for the automobile industry specifically.