What is a ip camera?

An Internet Protocol Camera is a wireless video camera, generally referred to as an IP camera, just like a webcam that receives the signal information over a public or the internet. It is a self-contained component with its own IP address that necessitates nothing but a network connexion in order to send pictures, apart from a normal webcam. In much the same manner as any other normal network computer, including a notebook, tablet or printer, the IP camera attaches to a network. There are several forms of surveillance cameras. Internet Protocol Cameras stand for IP Cameras. This simply implies that video is recorded by these types of lenses and converted instantly into a video stream which is then transferred via an internet network. People will then view this video via phone that is linked to this service, or a tablet or laptop. This allows them the strongest cameras with wireless surveillance. CCTV is not optimal, that is why the CCTV camera is on the downward trend for smart homes. A quick internet scan, if you are involved, will recommend the best IP security camera device. 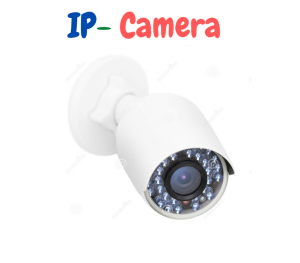 When contrasting CCTV vs IP camera systems, all have advantages and drawbacks. CCTV services, in the past, have had a lower starting price point as opposed to IP systems. Even so, that is quickly evolving as IP cameras and disk drives have shown a dramatic decline in retail prices. In fact , many studies revealed that the maximum cost of ownership of a CCTV system is currently higher compared to the lifetime of the facility. One of the reasons helping reduce the expense of an IP device is the expense for wiring. CCTV utilises coax and a cable connection whereas an IP camera completely clear infrastructure (Cat 5e or Cat 6) power cables. Using a PoE switch or fuel pump, an IP camera could be operated and transmitted video over even a wired network, thus reducing the coaxial cable expense relative to CCTV.
Another IP camera advantage would be that the features of IP much outweigh that of an analogue device. IP cameras today have a much better resolution than CCTV cameras. The greater resolution of IP cameras outcomes in the much bigger visual field when contrasted to analogue cameras.

Box Camera (EAN Plus):
When you really need a limited, unique area that you also might want to zoom closely on, a box camera is ideal since its focus is set in a single direction. No lens is supplied, so you’ll need to buy a C / CS cap lens individually.

EHN Dome Cameras (Outdoor) & EDN (Indoor):
The lens of this camera can be tried to point manual process in the right direction, and has real day / night capacities, with infra-red that starts kicking in in low-light situations. Also it includes a P-Iris Lens that maintains a large field range that enables the emphasis to be on the background, backdrop and everyone in between. The outdoors model has the best intruder heating (IK-10) and weather resistant (IP 68) score, meaning it can withstand a pounding AND be buried in water up to two metres.
EZN Bullet Camera:
Bullet cameras may be modified to aim at a particular desired spot, such as globe cameras, although they typically have a greater range and zoom capability than other dome cameras. That said a dome camera is small and unobtrusive, they are also from unique, however, pretty all of them are about a projectile cries So, your preference may rely on whether you’d like To use your cameras or not. The housing on several domes often serves to mask the precise location in which the lens is focused, whilst a projectile makes what is being filmed perfectly visible. Also, while bullets cameras are normally highly rated in weatherproofing and are sometimes used outside (the model of Ever focus is IP 66 rated, which is something to sneeze at), their architecture makes them more vulnerable to harm or tampering, as they lack the domes’ lightweight enclosed nature.

PTZ Camera EPN:
PTZ stands for Point-Tilt-Zoom, and the security cameras are pretty much-all-end-all. Box cameras can only be aimed at one spot, and to see at a particular area, both domes and bullets have to be changed manually. You can remotely manipulate PTZ cameras to peek at what you really want, anytime you want. The EPN supports 20x Optical Zoom and 10x Visual Zoom, as well as an auto pan feature that helps you to scan a small region by programming it. 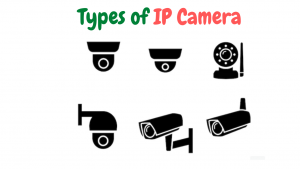 Intelligence and analytics: Essentially, IP cameras are tiny computers that compact and hold video, and can be designed to have all kinds of analysis. Motion or start smoking can be detected, individuals counted, certain colours tracked, sensed whenever anything vanishes, and alarm systems set off. You may be able to draw lines of movement when there is signal transfer if anything crosses the line, says Sutton. All the stuff on CSI that you can see? Analog cameras aren’t that. All the flashy things will come from IP cameras.

Multiple sensors: The capacity of IP cameras is to include three or four cameras in just one, and can protect a region that can usually be protected by multiple camera angles. “users operate four cameras, essentially,” tells Edwards. They go through in and out of the network as a single signal via just one wire, and it just requires one licence.
Costs have dropped: IP cameras, like every other piece of equipment, have less sticker shock than when they had to, Lannie says. customers can still waste some money if they wanting to, but for a reasonable sum of money, users could find some very decent basic level IP-based cameras, he states. Consequently, to do the same job as analogue cameras, you can needless IP cameras, so the IP expenditure might be washed.
Ease of installation: While an analogue camera needs two wires, an IP camera needs only one for both data and control attached to a wired network, so you don’t need control at the camera location. You can also easily concentrate and zoom in, says Sutton. When it’s mounted, you can monitor the focus centrally from your workstation as long as you have it angled at wherever you want to angle it at, “he says.”
IP cameras are essentially small computers that compact and hold video, plus they can be designed to provide these kinds of analysis. Knowledge and analytics: Motion or smoke may be identified, individuals numbered, certain colours monitored, sensed whenever anything falls, and alarm set off. “You can draw lines of movement where it produces a message if anything crosses the line,” says Sutton. All of the stuff on CSI that you see? Analogue cameras aren’t that. All the fancy things come from IP cameras.