What is global positioning system?

A space-based satellite radio navigation system that provides navigation, positioning, and timing is known as Global Positioning Satellite (GPS). GPS synchronizes time with velocity over the real-time location. Moreover, Height or Altitude could also be calculated with the help of GPS. It is owned by the US Government and operated by US Air Force and US Space Force. It was initially known as NAVSTAR GPS; Today, GPS is used globally and well appreciated by civilian and military users. GPS is available to the worldwide population without any cost, but Military Services of GPS are only available to the US and its allied forces. 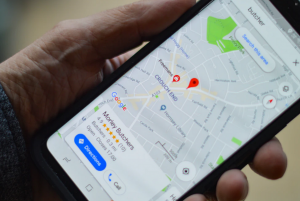 GPS is not dependent on any request signal to be transmitted by the user to grant access. Internet or telecom signals could enhance the service, but GPS itself is independent of any other external services. GPS used to have an accuracy of 16fts, but Modern GPS is equipped with an accuracy of 30cm or 12 inches.

How does global positioning system work?

The technology at which GPS works is known as trilateration. Trilateration calculates the velocity, location, and altitude of the device. These trilateration signals are transmitted from the satellite to the location of the device. For location calculation, a satellite transmits a signal which is received by a GPS receiver. The GPS receiver can read signals from 6 different satellites, but it only needs a signal from the closest four satellites to calculate the location. In addition to unique orbital parameters, each satellite posses unique signal transmission over a specific time.

A GPS receiver picks up a unique microwave signal from each of four satellites, and then it calculates the distance of the device from the satellite. The satellite transmits signals in the form of circles; the radius of the circle from the device to the satellite is the calculated distance. The second circle from the second satellite intersects the first circle; this point of intersection narrows down the location of the GPS receiver, and when the third circle intersects with the prior point of intersection, the location of the receiver is confirmed, which is further checked and validated by a fourth satellite.

When the device moves, its distance from the satellite changes, so does the circle’s radius; by this variation of distance, new circles and their point of intersection are produced. This constant variation of distance, radius, and point of intersection when combined and calculated, gives the velocity of the device, estimated time, and estimated distance to the destination.

According to some researchers, the satellites don’t produce circles but instead transmit in the form of spheres because we live in a 3-dimensional world. If spheres are transmitted instead of circles, then two points of intersections are produced, and the receiver picks up only the point nearest to the surface.

As GPS operates over trilateral, so it is unable to provide information about the angles, and the device could lie anywhere over the sphere surface. Still, the information of angles could have been possible if GPS also had Triangulation (a measure of angles).

The working of GPS is one of its own kinds and has a state of the art infrastructure. The GPS is divided into three segments, i.e., Space Segment, Control Segment, and User Segment. Space and Control Segments are operated and maintained by US Authorities while users have access to user segments and can use it as they want. 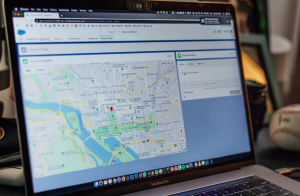 The GPS space segment consists of satellites which are transmitting signals continuously to the users. United States Space Authorities are responsible for 24 operational satellites to orbit around the Earth at all times. For this purpose, they have been using 31 satellites, which provide interrupt free operations. These Satellites are present in Earth’s Medium Orbit, and every satellite revolves around the Earth twice a day. These satellites are arranged so that anyone can access at least 4 satellites at anytime, anywhere on the planet.

A vast network of ground stations exists that add up to form a control segment known as Operation Control Segment (OCS). These ground stations are responsible for tracking satellites, monitoring their transmission, managing satellites’ constellation, and analyzing all the activities.

The user segment is the simplest segment of all three. It comprises of only a GPS receiver, but this simpler unit is responsible for many complex tasks that make human life easier. Many of the functions which are now only a click away from us are only due to GPS. GPS is vital in every field of life, which includes construction, surveying, farming, mining, logistical supply, and the list goes on.

In the Modern Day world GPS is becoming a very dependable tool. It is as much useful in daily life as in different industries, organizations and businesses.

GPS is used mainly for five purposes, which are as follow

Some other aspects where GPS is highly appreciated are as follow

Keeping track of animals while they went for grazing or are under observation for research purposes was very difficult in early times. Still, with GPS devices, one could easily track their animals. This approach is equally beneficial for people who have Pets.

Taxi services like Uber heavily rely on GPS. As they claim to provide customer satisfaction, GPS is the sole technology that helps them do so. A person could track his ride before arrival and could even share his live location with other people

Nowadays, many Car manufacturers provide anti-theft trackers in cars, or people purchase it as an aftermarket product. The owner could not only locate its vehicle by GPS but could also switch it off or immobilize it remotely due to GPS technology.