What is a generative adversarial network?

A type of deep neural network known as generative adversarial network (GAN)  is a subclass of  deep learning models which uses two of its components to generate completely new images using training data.. This is basically a neural network which uses training data and uses that existing data and knowledge to generate completely new data of it. The training in this type of network is purely indirect, which gets updated and altered dynamically through its initial discrimination. This type of network is generally more challenging and complex as compared to all other neural network models. The core aim of this model is to generate new data from literal scratch but this can distinguish from domain to domain. It basically generates something completely different than the data originally fed into it, for example it would generate a picture of a zebra from the data fed of a horse. In the type of reinforcement learning, it can easily and more accurately train a robot to learn new things. 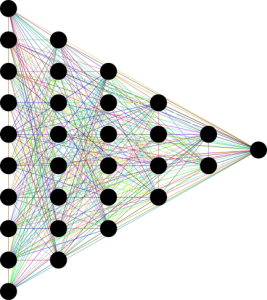 Basically, Generative adversarial neural networks consist of neurons which fight with each other to process some data and output another set of data. The two sets of neural networks are generator and discriminator. 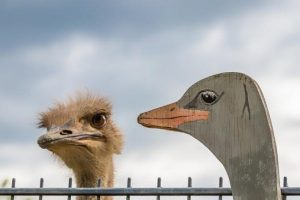 The basic composition of a GAN consists of two parts, a generator and a discriminator. The images are produced by generators which are then discriminated against. A detailed description is as follows:

Working: The noise z as input data is used as a sample using uniform distribution and a normal. When z is used as noise, the generator G uses this noise z to create images x(x=G(z)). Here the letter z represents the most prominent features of the noise, such as the height and color. As the features are not controlled in deep learning, the same way the images are not controlled as far as their semantic meaning z is concerned. This is rather left with the network itself to learn on it’s own. Meaning, the particular byte which stores information about the color of the image isn’t controlled by us. One particular z dimension can be altered to generate a new set of images. The most famous application of this network can be a DCGAN. It plays out different rendered convolutions to up sample z to produce the picture x. We can see it as the profound learning classifier the converse way. The generator alone uses random noise. The GAN tells the generator which images to produce. Now, how does a GAN tell this to the generator?

We train the two networks in exchanging steps and lock them into a competition to develop themselves. Sequentially, the discriminator distinguishes the little contrast between the genuine and the produced, and the generator makes pictures that the discriminator can’t differentiate. The GAN model in the end joins and delivers common looking natural pictures.

Presently, we will use some basic factors. The discriminator yields a worth D(x) demonstrating the opportunity that x is a real picture. Our goal is to augment the opportunity to perceive real pictures as real and created pictures as fake. For example the greatest probability of the watched information. To gauge the misfortune, we utilize cross-entropy as in most Deep Learning: p log(q). For genuine pictures, p (the genuine mark for genuine pictures) is equivalent to 1. For created pictures, we switch the name (for example one less mark).