Who is a embedded C Engineer ?

Embedded C Engineer is a developer who mainly words on linux kernel or any RTOS based software code which involves developing application that talk to hardware.

Does you project need embedded C engineer then get in touch. We can help you find the right skills for your project. 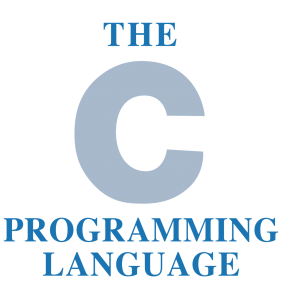 For the past 40-45 years, C is one of the most popular and highly recognized programming languages ​​worldwide. It is the first programming language of many people. Indeed, it is strongly recommended to start your programming journey with the C language because it helps to understand several underlying processes at the ground level that will enhance your fundamental knowledge and build your confidence, making it easier for you to learn ​high-level programs languages also.. Also, programming control C offers various career options that may prompt you to consider and start learning the C language !!

Where is embedded C is used  Where can it help you?

Why is there a need to learn C?

As we have previously studied, “C” is a core language for many programming languages. Thus, learning “C” as the primary language will play an essential role while learning other programming languages. It gives the same concepts, such as data types, operators, control statements, and many others. It is a simple language and enables faster execution. There are many jobs available for developers ‘C’ in the current market. 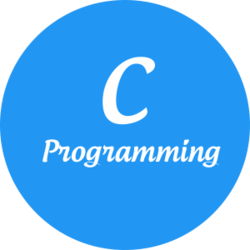 “C” is a structured programming language in which the program is divided into several modules. Each module may be written separately, and together, they form a single program “C.” This structure facilitates the test, maintenance, and debugging process. “C” contains 32 keywords, different types of data, and a set of powerful integrated features that make very effective programming.

Another feature of the program “C” is that it can be prolonged. A “C” program contains various functions that are important included in a library. We can easily add our features and functions to the library. We can access and use these features whenever we wish to in our program. This makes it easy while working with complex programming. Other compilers are available on the market that can be used to run programs written in that language. It is a portable language, which also means that programs written in “C” language can easily run on other machines. This is essential if we want to use or run the code on another computer.

C is designed as a gateway between the programmer and the crude computer. The purpose is to let the programmer organize a program in a way that is easy to understand. The compiler, after that, translates the language into some code which the machine can understand. Computer programs mainly consist of two main parts: data and instructions. The computer requires little or no organization on both sides. After all, computers are invented to be as general as possible. The programmer must impose an organization on the computer, and not the reverse.

The data in a computer is captured as a series of bytes. C then organizes these bytes into robust data. The programmer then uses the data declarations to describe the information he works with.
One of the primary objectives of the C language is to organize important instructions into reusable components. Because you can write programs much faster if you can “borrow” most of your code elsewhere, reusable function groups can be combined in a library. This way, when you need, for example, a sorting routine, you can enter the standard function qsort library and link in your program.

The data declarations, structures and control instructions, and other C language elements are not for the computer’s benefit. The computer can not tell the difference between a million random bytes and an entire program. All C language elements are designed to allow the programmer to express and organize ideas clearly in a suitable manner to him, not to the computer.
The C language allows you to organize your programs using a useful and straightforward syntax. This goes beyond the C syntax and teaches you style rules that will enable you to make very readable and reliable programs. By combining a powerful syntax with the right programming style, you can create robust programs that perform complex and wonderful operations but are also organized in a way that makes it easy for you to understand when the weather change comes around.

You will get a brief idea about C programming, where it is used, where there is a need to learn the C language, and how C works. We hope you will enjoy reading this article.
Happy Learning!