What is Data Science?

Data Science is a field that involves use of algorithms, processes, systems and scientific methods to obtain useful information from any kind of data. This information is further analyzed to predict certain patterns in the data. Data science is linked to the fields of machine learning, data mining and big data. The Job of Data Scientist is to break down big data into useful information and develop such algorithms, programs and software that enable end users to make excellent decisions to increase capital income of their business. A vast range of techniques like linear regression, clustering, and support vector machines (SVM) are involved in the field of Data Science which depends on the end user’s need. 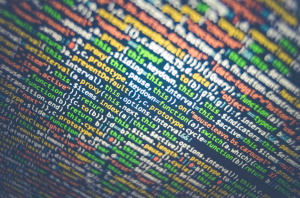 Today, data is one of the most valuable things that one can own. In 2020 we have almost collected 44zetabytes data. This process of data collection is being accelerated with time. All this data is helping to revolutionize our businesses, organizations and even big industries. 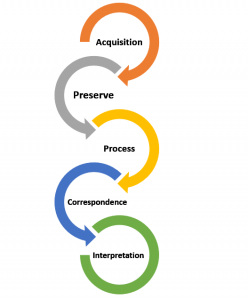 A vast range of techniques and tools are used in Data Science, few of which are explained below

Support Network Machines : Support vector machines (SVMs) also known as Support Vector networks are supervised learning models linked with self-learning algorithms that classify the analyzed data. It is one of the most potent and powerful prediction techniques based on a self-learning statistical framework. A support vector machine trains an algorithm and builds a framework that classifies data into categories. SVM points the data in space in different categories and then new data of similar categories is mapped over the same space. These categories have clear and wide gap among them

Clustering : Clustering is a technique in which set of data is organized in such a way that they belong to the same group or cluster. It is the most common technique used for statistical data analysis or data mining and is widely used in many fields like image recognition, data compression, pattern recognition, machine learning etc. Clustering algorithms include many functions and parameters such as distance function and density threshold. Due to its wide approach of classifying data it is considered as a multi-objective optimization technique.

Dimension Reduction : Dimension reduction or dimensionality reduction is a technique that transforms data into low dimensional space from a high dimensional space. This is done so that the new data withholds its useful properties ideally close enough to the original data dimensions. Data in high dimensions is avoided because it causes raw data to sparse due to the curse of dimensionality and it is completely impossible to analyze and compute this data. High Dimensional data have more noise and data visuals. Dimension reduction technique is used when handling a large number of variables or observations such as speech recognition, bioinformatics, neuro-informatics and signal processing. Dimensionality Reduction can be done by both linear and nonlinear methods.

Linear Regression: Linear regression is used to form a relation between a scalar response and an explanatory variable linearly. The scalar response serves as dependent variable and explanatory variable is considered as independent variable. The relationships between these variables are depicted using linear predictor functions. In these functions, unknown parameters are predicted using estimation. Like other regression models, the linear regression focuses on distribution of response predictions and conditional probability rather than focusing on joint probability distribution.

Languages used by data scientists are defined briefly below

Python : Python is a dynamic, general purpose, interpreted and a high level programming language. It is an object oriented, functional and procedural language which is very helpful for beginners to write their codes due to its readability, logical coding and momentous white spacing. Python has its own extensive standard library due to which it is often called “Batteries included”. Python involves frequent use of English words which makes it highly understandable. This feature is not to be seen in other programming languages.

Julia : Julia is also a dynamic, high level and high performance programming language. Julia can be used to write programs as well as applications but it is considered best for computational and numerical analysis. Julia supports distributed, concurrent as well as parallel computing. Julia utilizes the “Just in Time” (JIT) compiler which is often called “Just ahead of time” (JOAT) compiler in the Julia community.

R : Programming language R is free for programmers; R foundation has supported the language R with necessary graphics. R is widely used by data miners and statisticians for statistical computing and data analysis. This language is very popular as it is compatible with various operating system and it is free under General Public License (GPL).