What is a cloud?

A cloud is a connection of servers accessible by being on the internet, which has software and hardware devices which use those servers to operate themselves and basically run on them. Data centers all around the world possess a cloud computing architecture so that the hundreds of devices in their data centers can stay connected on the web. By having these virtual servers spread throughout, the companies, their clients and users aren’t required to manage a physical server to operate their private machines and softwares as it’s all done by a centralized server. All the users of the cloud connected with the internet can access applications and databases on the servers running on a cloud. An example of it can be the social media applications where the users create and upload data to it from one device and by using the same login account they can access the same uploaded data from any other device. This is all done on a central server and not on a local device of a user. 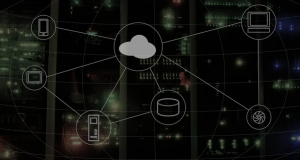 As nothing huge can be made without adhering little components together, the computing also uses certain bits which are conjoined to form a proper system. These components are servers, storage and network. And for the racks, the main components are the same including power and racks. Data center plays a huge role in accommodating these servers which use the same components including cooling and supply chain.

What is cloud infrastructure?

The infrastructure of a cloud refers to the combination of hardware, software devices such as storage media, servers, network and a virtualization model. These components communicate with one another over the cloud following a computing model. This infrastructure also includes an abstraction layer which virtually provides services and resources using Application Program Interface (API enabled command line and Graphical user Interfaces (GUI).

The components which make up it and make it possible to provide services to its users are mainly the back end components, the hardware components. These components may be sockets, switches, persistent storage, multicore systems, routers, and a local area network (LAN) equipment and tools; all these but on a much larger scale. As the cloud managed unpredictable user commands and changes which shall be addressed using high-intensity dense systems with a shared power.

The structure of computing is unique in a way that it uses locally attached storage along with the both solid-state drive and hard-disk drive; other than disk arrays on a storage area network. Each system contains disks which are combined and processed via a distributed file system (DFS), which is only designed for specific purposes such as for storing objects, big data or blocks.

How is cloud infrastructure categorized?

There exists three parts of any cloud infrastructure which make up a working its model for the vendors to operate:

The main purpose of the it is to provide services to the same users via the same servers by being on the same internet; this is done without compromising each other’s data. This lowers the transfer time and cost between the users. A simpler communication is done over it to incorporate homogenous communication between ecosystems. This increases the manageability of it among vendors, developers and cloud customers. 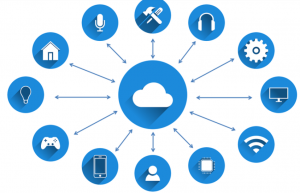 The cloud can be of many type but the two main types of cloud infrastructures is as follows:

This computing system is highly beneficial for the giant businesses as they don’t need to manage their own servers because it’s all pre-managed by the vendors automatically. These even make it possible for the businesses to expand internationally where servers can be accessed via any location. computing enables users to use internet services to provide scalable and elastic resources.

There are wholesome benefits of using cloud computing as the resources are shared, higher resources utilization is benefitted due to the multiplexing, resources can be customized for them to support data-intensive applications, results in cost reduction and provides the users with elasticity and user- convenience.

There are three main types of cloud delivery models such as SaaS (for software), PaaS (for platform) and IaaS (for infrastructure). Any of these models shall be incorporated in a network to ensure data security, easy scalability and elasticity.