CCTV (closed-circuit television) is a TV system in which transmissions, mainly for monitoring and security reasons, are not openly transmitted but are tracked. CCTV depends on tactical camera positioning, and somewhere on monitors to observe the camera’s input. Since the cameras connect by private coaxial cable runs or wireless communication connexions with monitors and/or video recorders, they obtain the “closed-circuit” label to signify that exposure to the content is restricted by nature only to those who can see it. Small, low resolution black and white displays without multimedia capabilities were used by older CCTV systems. For everything from traffic monitoring (and electronic ticketing) to observation in high-crime locations or neighbourhoods, CCTV is being widely used in law enforcement. In certain parts of the world, the use of CCTV technology has sparked privacy issues, especially in certain places in the United Kingdom and Europe where it’s become a regular part of police practise. 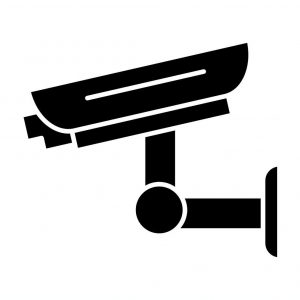 For years, CCTV systems which use analogue cameras have always been around. Experts agree that they are now the most common type of camera mounted in the area. Image a camera or group of cameras with a separate collection of wires and a group of monitors feeding into a recording device. The video is filmed on-site and preserved. IP-based cameras, along with a range of new features, serve the same purpose as analogue cameras. Usually, IP cameras provide clearer videos with higher resolution and greater versatility, enabling consumers to e-mail video images for consultation. Insurance providers also favour and, in some situations, require IP solutions in a broad enterprise with multiple facilities. While several individuals relate to both IP and analogue cameras using the word CCTV, strictly speaking, the word should be restricted to representing analogue cameras. An IP surveillance camera can be designed to ‘wait’ for unusual behaviour, coupled with powerful new tools such as video analytics. For instance, a camera on an air intake may be designed to show a warning and capture video only when disrupting the space around the intake. Using an IP (IP stands for internet protocol) network, IP cameras operate, sometimes using the same data network the majority of a business does. A avoid common using category 5 wire could be used if bandwidth is a challenge. Video information is analysed on a network either direction, meaning that video data may be placed on site or in a remote area. While it can be a concern to hold the large amount of data, it is not uncommon for IP CCTV networks to have technology that dictates how often and at what performance the video is processed. To conserve disc space, video can be condensed after such a bit.
Analog Security Systems.
By linking the regular analogue camera to a digital video recorder (DVR) via transmission cables, analogue monitoring systems operate. The DVR gets the video from the camera, condenses it, and then saves it with either live streaming or later streaming on a hard disc. For remote streaming, this configuration often helps you to transfer the content over the internet. The DVR is tasked with the compression process, encoding, saving, and broadcasting the video using the analogue system. It is also responsible for overseeing all the built-in features of the camera, like location tracking, timetables, warnings, warning inputs, and much more. IP solutions are a little more complex, and are a more costly choice, even so. The camera takes the responsibility for the DVR in an IP configuration, namely compressing, transforming, and broadcasting the video over a public internet. There is no requirement for a DVR for this setup; instead, the video can be transmitted directly to a computer and NVR (network video recorder). 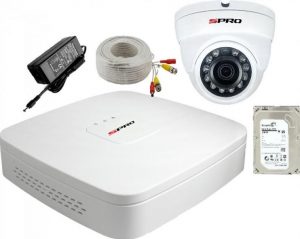 Easy CCTV schemes, consisting of a camera (or cameras) attached by a standard coax cable to a computer. The cameras receive their control from the display in a basic scheme.
Mains Operated CCTV Systems function in the same manner as an easy maintenance, except that both camera and the monitor are operated independently from the amps rather than the monitor receiving its power from the monitor. As it is easier to connect more cameras to the device without caring about the loss of resources, this style of configuration makes for more optimization.
Devices with storage features, which include video recorders that enable the storage of information and the ability to view recordings later on. For extra storage and video recovery or transfer, a DVR may be attached to this device too though.

Crime management
Surveillance by CCTV will discourage prospective offenders. Video recordings will allow law enforcement to determine whether a crime happens and then include testimony for conviction in a criminal court. Audio, thermal as well as other forms of detectors, used during combination with CCTV, will alert authorities to incidents that are outside of the ordinary, such as fire or gunshots at a venue. For enterprises, CCTV cameras may recognise and document in-house illegal acts. In order to stop drones carrying drugs and other illicit goods to inmates, prisons may use video surveillance. Cameras are capable of tracking locations, such as roof tops, that are not readily visible.
The control of disasters
Utilizing CCTV cameras, emergency responders and emergency responders can evaluate and track in real time happenings to transmit a “scenario” to disaster response team members via video, e.g. from inside a burning house, from a cave or from a drone hovering over a picture.

Street monitoring of the town and community

Cameras at traffic signals elsewhere in cities track individuals to collect data traffic and also speeding evidence. The IoT, is a Chicago project to gather real-time data about a city, mainly climate and climate. Some sensory nodes involve cameras that analyse the images they record, but just don’t transfer or store such images in protecting the privacy of individual people. In the primary, in an attempt to “develop computer vision software,” a small amount is processed for use by high ranking scientists. The project has met with opposition from watchdog groups of privacy.

There are about 43 facial movements which articulate the feelings and thoughts of individuals. Smart software can distinguish these words, such as pain or fear, more readily from pictures than humans do. In order to detect possible medical emergencies, such as a stroke or an epileptic or asthma attack, CCTV cameras may also track individuals, such as infants or the disabled.