What is Basic Signal Processing?

Signal Processing refers to any kind of modification or analysis of a signal. These processing techniques are used to improve the efficiency of the system. Signal processing has applications in nearly every field of life, but before we get into that, let us define signal.

A signal is an electrical impulse or a wave that carries information. This refers to the changing currents, or voltages, or electromagnetic waves that transmit data at any point in electrical systems. Let us briefly go through its types

Basically, there are two types of signals 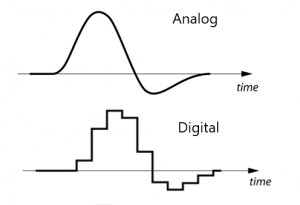 The picture above represents the same signal in both analog and digital form. Note that the edges in the digital signal represent the point at which the sample was taken.

Now let us move towards some basic signal processing techniques. 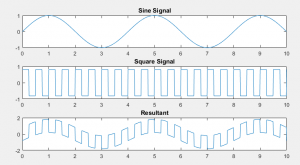 The figure below demonstrates the addition of the two signals 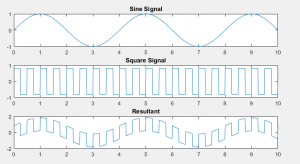 The image above shows the subtraction of the same signals used in the addition example. Note that the pattern looks quite similar, but the edges are different. This is because the amplitude, in this case, is subtracted.

For example, if we consider the previous signal, we can sample it by taking values at a certain point in time. This will convert the signal into a discrete form also known as digital form as shown in the picture 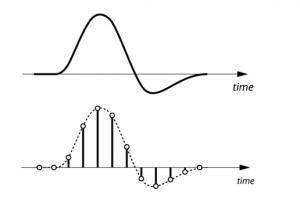 Note that the dotted line in the sampled signal there only represents the original wave. 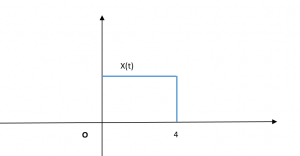 If you want to shift this signal by three, then it will become 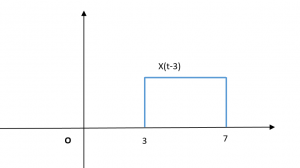 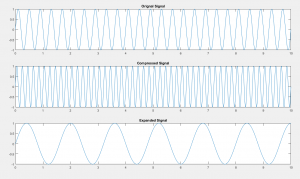 Note that the amplitude of the signal is the same along with the axis. The signal will get slow as it gets wider and will become fast when it is compressed. Slow and fast refers to the frequency of the signal, i.e., slow signals have low frequency, and fast signals have a high frequency. 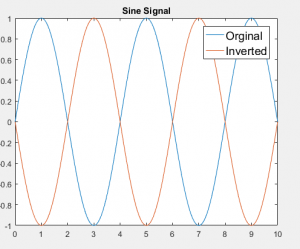 Time inversion can be considered as a special case of time scaling in which we scale the signal by -1. Remember that time inversion and time reversal are different operations. In time-reversal, the signal is replicated in the opposite direction on the x-axis.

All these time-domain operations can be performed on the frequency domain and amplitude as well. For example, amplitude scaling will work the same way except that it will only affect the amplitude axis and not the time. 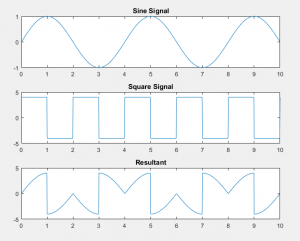 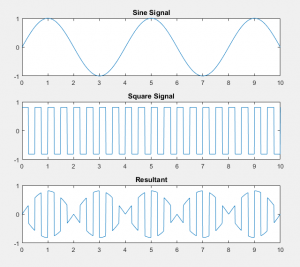 Note that the amplitude of the resultant wave has changed because the square wave has a magnitude of 4.