What are automated systems?

The 21’st century’s scientist contemplates and brainstorms about the biggest race of technology and Automated systems which is somewhat related to automation. From mega factories to smallest unit of appliances, automation is a goal for the major technological progress. Automation also known as human force saving technology involves minimum interaction of human with the device or machinery. It ranges from thermostat mainly in many household appliance to millions of production machines. Certain aspects such as electronics, mechanical, hydraulic, pneumatic combine to form the Automated systems depending on the type of application such as big airplanes and ships use all combined set of aspects of science. Researchers have also highlighted some adverse side effects of automation, which is causing downsizing and less human interruption in workplaces.
Let’s jump into the technicality of the system. 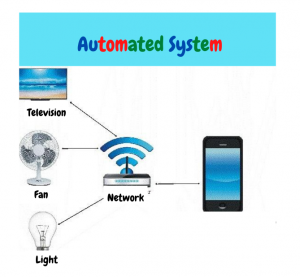 In an open loop the action from the one controlling the device has no dependency on the output process. An example of this is turning an appliance for a certain amount such as electric iron which heats for let’s say 5 minutes, regardless of the temperature. This is an open loop. In a closed loop, there is a feedback mechanism, such that there is a dependency of action and output processed. In the same case of an electric iron, if the iron regulates it temperature to a certain limit according to the cloth that is being ironed, that is known as closed loop, a feedback response turns off the heating of electric iron.


Pros and Cons of automations:

In the race against time, the optimal objective of a man is to reach utmost perfection and seek for continuous betterment in related field of interest. The purpose of reducing the costs and increasing the pace of processes is the brightest side of automation. Machines are much more tougher and can be operated under rigorous conditions, where humans may have a risk of fatalities. But in the same aspect, some subjects do not necessarily require automation, and even cannot be automated cheaply and easily. The main benefit of automation is to boost productivity/ efficiency, combined with a higher standard of quality. Automation beats out human in consistency and accuracy of processes. Meanwhile, at the other end of the story, every aspect has a mirror and so does automation carry some disadvantages. The major one is the displacement of workforce to joblessness. This disadvantage can be very challenging to the increasing population of the world and the skilled workers. Other than that it has a high initial cost and also maintenance and repair costs, with unwanted error and troubleshoots problems.

Paradox of automation is related to the disadvantage of removal of human force stated above. When the automation system is more efficient, it needs more human attention as their controllers. Well, humans themselves are involves less, but their contribution gets critical. This is because if an automated system experiences error, the error will be multiplied way fourth and continues to disrupt the process. This clause introduces us to the limitations of automation system.
Every system cannot be automated. Other than that an error follows a chain reaction which may cost very high damage in terms of accident and cost expenses. 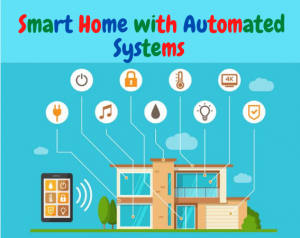 A complete model of automated system is the concept of smart home. Certain examples actually highlight the concept of automated systems.
Wireless speaker systems: be it a function or a birthday or any anniversary, being stuck with guests, a person can simply turn their sound systems on by the click of any accessible devices connected to the speaker system.
Thermostats: living in a country with harsh climates can be pretty difficult and will have thermostats fitted in houses. Now thermostats can be controlled too.
Home security and anti-theft systems: cameras, electric cables for prevention of a burglar or gate locks/lockers can be altered and monitored from outside and inside of the home.
Domestic robot:  They can help with day to day tasks in the kitchen or in the garden or even while relaxing on the bed. A touch on the mobile screen and your robot gets your order.
Smoke/Co detectors: allergy and environment friendly atmosphere can be maintained by the analysis of the detectors on the smart home app. That helps the environment with more oxygen friendly, there by limiting the amount of CO2 in the atmosphere. A fire can also be detected and put off by setting up an fire alarm and water alarms that can put out the potential danger of a fire.
Lighting: tired of the traditional buttons on the boards, now a person can just close the lighting with even a voice. Voice controlled lighting is a part of smart homes. With varying modes such as flickers lights or different colored lights, your normal day house can be converted into an event hall or a place to party.
Door locks: monitoring a door with a Smartphone or fingerprint or a voice command. Technology offers to manipulate in such a way that now a person can also check for who entered the house/room at what time or simple prevent someone from entering.
Refrigerators: having problems with increased cooling or something? if you made the ice-cream and had to adjust the temperature but everything inside is disturbed? Now humans can easily vary the temperatures and times of setting a refrigerator.
Laundry machines: Clicking your clothes round and round getting cleaned while a person relaxes having a tea. Clothes can now be dried and also folded automatically with smart systems.
Electric stoves and coffee makers: making cooking easier is the dream of every individual having a job, living alone simultaneously. So now, you can get ready dressed up for work and at the very same time, the coffee maker machine can help you get your morning latte prepared.
Bill and appliance’s life: everyone in their hectic lifestyles wants to get a cut off the expense sheet they make at the month end, and bills contribute a big part to it. Any theft or device’s overuse can be prevented.