What is an Artificial Neural Network?

Artificial Neural Network or ANN is a computational model that processes information and allows the system to learn or do things without being explicitly programmed for a task.

The 21st century has brought a lot of drastic changes to humanity, and AI is one of them. AI has taken over many of the industries, and deep learning has played a very vital role in this evolution. Artificial Neural Networks are the building blocks for deep learning; they try to mimic the human brain and help the computer system to learn by examples. These trained systems have now attained accuracy never seen before even surpassing humans. These models are trained by huge data sets that are fed into the neural network architecture consisting of many layers.

The structure of an ANN is inspired by the biological neural system that exists in a human brain. It consists of thousands of small computational units (perceptrons) interlinked together.

These networks are very useful in solving problems that don’t have a defined solution. For example, a well-known use of these networks is to identify the handwritten number. In this case, there are a lot of possibilities, and there is no obvious way to define the handwritten numbers to a computer. Like all the numbers shown below, denote three, but the structure varies for each writing style.

It is mind-blowing how our brains can identify these numbers so effortlessly, but in order to make a computer do this, you need a lot of complex programming.

How does it work?

Artificial Neural Network is not a black box in which you feed information to get the desired results. It is more of a mathematical model whose values are adjusted based on given training data. It consists of many small components that build up to become a complex neural architecture.

The fundamental component of this neural architecture is the perceptron. Perceptron is the small computational units that are linked with one another using the weights. The weights determine the strength of the link between two perceptrons. Each perceptron has a bias that is used to adjust the threshold at which the perceptron will fire/activate.

These perceptrons combine to form layers. In simple cases, the inputs are multiplied with the weights, and bias is added to them. After that, the result is fed into the activation function, which generates the final output of the perceptron.

Now let’s discuss the basic computations that are performed in the perceptron. Let us consider a single perceptron that has some inputs, weights, and biases attached to it as shown in the figure below to the right

The figure above shows the basic working of the perceptron. X, Y, and Z are the inputs, and W1, W2, and W3 denote the weights. These weights are multiplied by the inputs which give us

This equation is then fed into the activation function, which will generate the output.

Activation Functions and their Types

This function is a binary classifier, i.e., it outputs 0 or 1. So, when the number of classes increases i.e., we want output between 0 and 1, this function becomes less effective.

The curve of this function is shown bellow 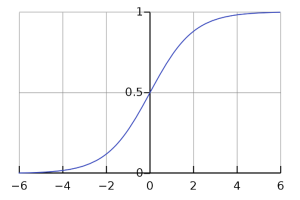 Unlike the binary step function, the output is between 0 and 1, which helps us to predict probability as an output. When a strong negative input is given to this function, it may get stuck, which is the only drawback of this activation function. Other than that, it slows the ANN a bit because the function is a bit complex than other activation functions. And when it is computed thousands of times, a lot of computing power and time is consumed.

RELU stands for rectified linear unit, and the mathematical representation of the function is as follows

The curve of RELU is as follows 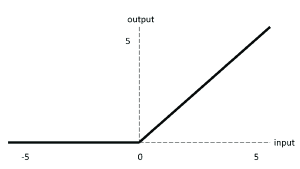 It is the most popular and recommended activation function for ANN. It is non-linear in nature and can be combined to approximate any other non-linear function.

Multiple layers combine together to form a neural network. There is one input layer, and one output layer, all other layers in between are known as hidden layers. A neural network requires a lot of training data to learn. At first, the data is passed through the input layer, and an output is generated with random weights and biases; this process is known as the forward propagation.

The output of the data is then compared with the actual output, and an error is computed. This error is used to calculate the error function or otherwise known as cost function. This cost function is then analyzed, after which the weights and biases of each layer are adjusted starting from the output layer. This process is known as backward propagation. 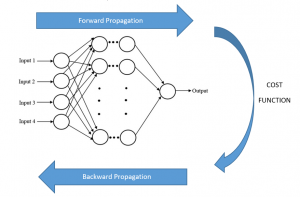