Do you need help with battery management or power management of your internal project then get in touch with us to discuss more about your power optimisation requirements.

The name 18650 refers to its size, meaning the first four digit clearly represent its dimensions where these lithium ion batteries are 18mm wide x 65mm long size. The AA batteries mainly come in sizes 14mm x 50mm, and those also can be called 14500 batteries. The fifth digit in the 18650 battery refers to its property of being cylindrical and indicates that it’s a cylinder cell. All the lithium ion batteries follow the same naming convention. Other lithium ion battery common sizes are 14500, 17670,181040 and 16340 The 18650 battery pack is the most common in everyday gadgets such as rechargeable laptop batteries, flashlights, and rechargeable hair straighteners and basically anything where this type of battery can fit in.

By default these do not come with a button or internal protection circuit but these can be modified but adding these both things. With the addition of button on top and internal circuit protection, the physical strength and capacity of the battery can be increased up to 65mm to 70mm in most cases, and even longer.

These batteries are different than usual batteries because their built in electrolyte is stable upto a range of 300 degrees Celsius. The way a 18650 can be made is by first making cathode and anode also known as, making a slurry where the materials are mixed altogether.

Then this slurry is coated by a current collector and etc that enable it for transporting electrons throughout which then is led by drying the solvents. The next step is calendaring where the materials are equally pushed and pressed together to form into a uniform mold. These materials are converted into sheets to be cut. Lastly, these sheets are rolled out and hermitically sealed in a steel case. The cells are then tested for various temperatures discharges and charges. 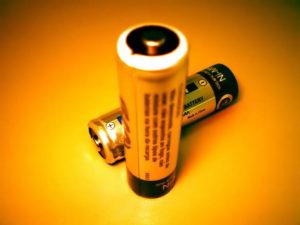 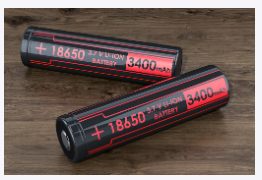 An individual can select an 18650 that is above the minimum discharge of your unit, and then concentrate on charge power. For everyday use flashlights, the Panasonic NCR18650B is the go-to battery, and for high-drain electronic devices like cameras, the Samsung 25R.

Most 18650 batteries come with an embedded protection circuit boards (PCB) which make it enable for the battery to monitor the discharge rate and the overall internal and external temperature to further increase the longevity of the 18650 battery.

The question arises when both these batteries are lithium ion batteries, how one can determine which battery to go for to put in as simple object as a flashlight. The clear cut go-to answer is 18650 if the cost and initial investment is not considered. But a person can not just all at once replace all his AA batteries with 18650 lithium ion batteries just because they’re better because of the fact that various gadgets work only better with the batteries their manufacturers suggest. Any electronic device which is designed for 18650 will only need 18650 and the one’s supporting AA won’t last long if 18650 is to be experimented with. Second of all, a good knowledge of batteries must be possessed with an individual at the time of buying batteries because there is no such thing in this world that does not have a counterfeit, so one has to be extreme careful before buying one.

The 18650 batteries are used in flashlights due to their high discharge rates and superior capacity. These come in various button top and flat styles and can go around 300-500 of charging cycles before it starts to die. However, this battery time can be increased if charged till 100% before discharging it.